Picky eating is such a common complaint among parents of young children that some physicians consider it a normal part of childhood development. As many as 20 percent of parents of preschoolers say they experience a familiar struggle: Child refuses to eat certain foods, parent engages in an attempt, not always successful, to force him or her to try it. Rinse and repeat. Sure, parents fear the potential nutritional consequences of this kind of behavior, but could it be that these problems are signs of something deeper, and perhaps longer-lasting? Researchers at Duke University have taken a closer look at those children in a new study and made some surprising findings. A new study finds preschoolers with severely selective eating habits are much more likely to have depression or social anxiety than kids who consumed a wide variety of foods. Children with the most severe selective-eating problems were more likely to have been formally diagnosed with depression or social anxiety.

However, even children with moderate selective-eating problems were found to be associated with elevated psychiatric symptoms of depression, social anxiety and generalized anxiety. Moderate selective eating was also associated with symptoms of ADHD and separation anxiety. These aren’t children who don’t like eating their broccoli, the study’s author notes, but rather, for these kids, selective eating creates difficulty in their home life and, in severe cases, inhibits their ability to eat with others. “These are children whose eating has become so limited or selective that it’s starting to cause problems,” Nancy Zucker, director of the Duke University Center for Eating Disorders and the study’s lead author, said in a statement. “Impairment can take many different forms. It can affect the child’s health, growth, social functioning, and the parent-child relationship. The child can feel like no one believes them, and parents can feel blamed for the problem.”

The study looked at 917 children between ages 2 and about 6 who participated in a study of preschool anxiety at a hospital in the Southeast. The findings were published in the journal Pediatrics. The study also confirmed a phenomenon that parents might be all too familiar with: Children with moderate to severe selective-eating problems were three to five times as likely to have conflicts over food at home, and when children had severe selective-eating problems, they were two times as likely to have conflicts over food outside the home. The study’s findings suggest that children’s eating habits might also be a gateway to other problems related to their own psychological well-being, and also problems at home.

Children with moderate selective-eating problems, for example, were more likely to have a parent with a history of substance abuse, a mother who sought mental health treatment. Of course, picky eating isn’t something that always sticks around. Many of these children will grow out of the habit, but some won’t, and, according to Zucker, physicians may consider taking more seriously the symptoms and parents’ pleas for help in dealing with them. “There’s no question that not all children go on to have chronic selective eating in adulthood,” Zucker said. “But because these children are seeing impairment in their health and well-being now, we need to start developing ways to help these parents and doctors know when and how to intervene.”

Cook at home more often. If you don’t usually cook, start gradually. Make it a goal to cook once a week and work up to cooking more. 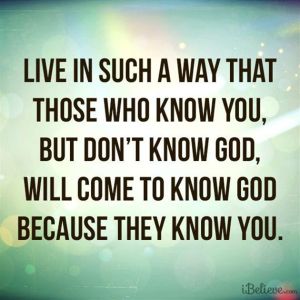