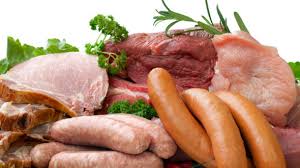 Two or more servings of red or processed meat a week can increase your risk for colorectal cancer, according to a study that was presented in November 2015 at the National Cancer Research Institute Cancer Conference in Liverpool, UK. Researchers examined dietary data from the UK Biobank, encompassing 500,000 men and women, for red meat consumption and bowel cancer incidence rates. Participants who ate red meat four or more times per week had a 42 percent increased risk for colorectal cancer, compared with those who ate it less than once per week. Those who consumed processed meat two or more times per week increased their risk for colorectal cancer by 18 percent, compared with those who consumed none.

Did you know? Every grain starts off as a whole grain. Whole grains have protein, fiber, vitamins and minerals. Make whole grains part of your meals by using whole wheat bread, brown or wild rice, barely, or quinoa.