In a perfect world, ice cream would have the same nutritional properties as broccoli. However, this isn’t a perfect world, and ice creams marketed as “zero guilt” or “healthy” aren’t exactly selling the right message. Alongside a $2 billion valuation, Halo Top’s been getting all of the consumer attention lately, outselling legends, such as Ben & Jerry’s this summer. It doesn’t hurt that Halo Top’s trendy packaging speaks to the eye. Clean lines, a touch of color, and unique, flashy tops egg on customers to add this yummy goodness to their grocery cart.

This brand, which didn’t exist before 2012, isn’t the only ice cream claiming to be healthy. Others, such as Arctic Freeze, Thrive, Wink, and Enlightened have slick marketing campaigns that target everyone from athletes to health nuts. Personally, I do not like the flavors of Artic Zero. I have tried three flavors and was completely dissatisifed with them all….I stopped purchasing after the third one. No one’s denying Halo Top’s rise to fame. However, we might want to question its validity, and that of other trendy ice creams, as a “health” food.

The biggest difference between real ice cream and ‘healthy’ ones

Halo Top and Enlightened both use real cows milk, while others, such as Arctic Zero and Wink must be labeled a “frozen dessert” because of its minimal dairy content. A product has to have a minimum of 10% dairy fat to be labeled ice cream, according to the U.S. Food and Drug Administration (FDA). Halo Top also contains the sugar alcohol erythritol and stevia. These sugar substitutes are considered “safe” options with minimal health impact when consumed in moderation (~50 grams/day). However, eating an entire carton of Halo Top as advertised means consuming 45 grams of sugar.

Other “healthy” frozen dessert brands contain alternative sweeteners, which have been shown to cause side effects, such as changes to gut bacteria, increased risk for cancer, obesity, diabetes, and an increase in sugar cravings. An Italian study conducted in 2005 revealed that aspartame, the most common artificial sweetener, resulted in diagnoses of lymphomas, leukemia, and tumors in rats.

Ice cream will never be a health food

According to Elizabeth Shaw, MS, RDN, CTL, a nutrition expert who’s worked with Arctic Zero and is developing recipes for Halo Top, the FDA is currently in the process of “redefining the legal definition surrounding the term healthy.” That means brands claiming to sell healthy products, when they’re actually filled with artificial ingredients, will be restricted. What does that mean for these frozen desserts or “healthy” low-calorie ice creams that are filled with artificial or highly processed ingredients? Many will have to re-image their marketing campaigns that focus on guilt-free, whole pint consumption because it’s “healthy.”

The side effects of eating healthy ice cream

These ice creams may be marketed as healthier, but if you went ahead and followed their guilt-free motto (because who stops eating at one serving?), your gut health might be in for a surprise.

While Halo Top doesn’t have artificial sweeteners, many other brands that advertise themselves as “sugar-free” may. Ingredients, such as sucralose, aspartame, and acesulfame potassium may confuse the brain and cause people to eat more. They also eventually cause upset stomachs, nausea, and diarrhea. “These ingredients have demonstrated to exhibit undesirable effects on the gut microbiota and can cause stomach pain, loose bowels, or diarrhea in some individuals,” says Shaw.

On the other hand, alternative sweeteners aren’t free from the link to obesity, either. Research suggests that sweetener alternatives, including stevia, do little for weight loss. Another 2017 study looked at 264 college freshmen and found an association between erythritol and weight gain. Ultimately, frozen dessert brands that suggest a pint is the “ultimate single serve” aren’t really promoting a healthy lifestyle. They’re just promoting themselves.

Though not considered artificial, sugar substitutes, such as erythritol, an ingredient found in Halo Top and Enlightened, can cause nausea when in doses above 50 grams/day, since your body doesn’t carry the enzymes to break it down. Most erythritol eventually exits via urine. Most of these frozen desserts offer themselves as a “healthy” alternative to ice cream because of their high protein content. However, if you indulged in an entire pint, you’d be consuming 20 grams of fiber, which is more than half your daily fiber intake and more than likely, you are not deficient in protein. The result? A wildly upset stomach.

For many of these frozen desserts, labeling themselves different and a “perfectly guiltless pleasure” is due in part to its prebiotic fiber. Prebiotics are a dietary fiber that help produce nutrients for digestion. Vegetables, such as garlic, leeks, and onions are all naturally high in prebiotic fibers. Many of these frozen desserts promote their natural ingredients; among them are GMO-free fiber ingredients, such as chicory root or organic agave inulin.

The problem is that there’s no real health reason why prebiotic fibers are added to these treats. Instead, they’re added to maintain the creamy texture of ice cream, since erythritol has an inclination to form ice crystals. So, it’s not really that these additions are healthy, it’s just another platform these brands can use to market themselves. In the end, it’s better to get your fiber from whole foods rather than ice cream, anyway.

3. Cost on your wallet

With all these ingredient facts in mind, you might not actually be getting your scoop’s worth. “Healthy” ice creams cost about four to five times more than a Target-branded ice cream and contain far more artificial and processed ingredients. If you’re able to stick to portion size, buy traditional, natural ice cream, even the boutique stuff from your local creamery (for those who can tolerate dairy). They’re made with just a handful of ingredients and could be better for your wallet and gut.

Health comes down to the serving size

Everyone is human, and even registered dietitians and nutritionists (RDNs) have been known to indulge, says Shaw (We definitely are not perfect!). Rather than focus on consuming products labeled “healthy” but are highly processed, turn to wholesome, original ingredients that you love and recognize. Just remember to practice moderation! “Healthy is about balance and learning to appreciate the facts,” says Shaw. “All foods can fit in a balanced diet,” she adds.

As a reminder: Even nutrient-rich fresh fruits and vegetables can cause stomach pain and bloating when consumed in excess. Knowing your limits and serving size can go a long way. Halo Top provides 60 calories per 1/2-cup serving, compared to traditional ice creams and custards that provide 130 to 250 calories per 1/2-cup serving. While this is undoubtedly appealing to many customers, it’s still a processed food product, despite its simpler ingredient list and safer sugar substitutes.

Most experts agree to just go for traditional ice cream with minimally processed ingredients and limit artificial sweeteners, stabilizers, and gums. They also agree to stop when you hit a serving, not the bottom. Minimizing distractions and mindfully eating any meal or dessert, whether it’s marketed as healthy or not, is the best way to maximize pleasure with smaller portions and avoid the habit of overeating.

Vegetables and fruits are loaded with nutrients and fiber, and typically low in calories and sodium. Fresh, frozen or canned produce can all be healthy choices, but compare food labels and choose wisely. 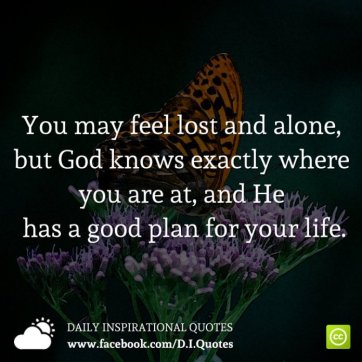