Laboratory mice that are given the gut bacteria of wild mice can survive a deadly flu virus infection and fight colorectal cancer dramatically better than laboratory mice with their own gut bacteria; researchers report (October 19, 2017) in the journal Cell.

The immunological benefits from the wild mice’s gut bacteria may, in part, explain a persistent problem in disease research: Why disease experiments in lab mice, such as vaccine studies, turn out very differently in humans or other animals. “We think that by restoring the natural ‘microbial identity’ of laboratory mice, we will improve the modeling of complex diseases of free-living mammals, which includes humans and their diseases,” said Barbara Rehermann, M.D., senior author of the paper. Rehermann is chief of the Immunology Section, Liver Diseases Branch, of the NIH’s National Institute of Diabetes and Digestive and Kidney Diseases (NIDDK). “By being so different, natural microbiota will help us to discover protective mechanisms that are relevant in the natural world and absent in the laboratory,” said Stephan Rosshart, M.D., first author of the paper and NIDDK postdoctoral fellow.

Mammals, humans included, depend on their microbiota, the collection of microorganisms they host in and on their bodies. Evolution shapes each animal’s microbiota, favoring populations of organisms that help the animal survive their environment and diseases they encounter. However, laboratory mice are not random house mice plucked from a field or basement. Laboratory mice are carefully bred, fed, and raised in tightly controlled conditions so that each mouse has predictable traits and genetics. This is an excellent advantage in basic biology research, but creating that predictability means that a controlled environment, and not the survival pressures of the outside world, shaped the microbiotas of laboratory mice.

“We hypothesized that this might explain why laboratory mice, while paramount for understanding basic biological phenomena are limited in their predictive utility for modeling complex diseases of humans and other free-living mammals,” said Rosshart. Therefore, the researchers tried to give laboratory mice back what they have lost: A naturally co-evolved wild mouse gut microbiota. The researchers trapped more than 800 wild mice from eight locations across Maryland and the District of Columbia to find healthy, suitable candidates for a gut microbiota donation. They then tested and compared the gut microbiomes (collective genomes of the gut microbiota) of the wild mice (Mus musculus domesticus) and a standard strain of laboratory mice, called C57BL/6, from multiple sources. The researchers confirmed that C57BL/6 mice had distinct gut microbiomes from wild mice.

Researchers then introduced (engrafted) the microbiota of wild mice to pregnant, germ-free C57BL/6 mice. Germ-free mice are raised in a sterile environment and don’t have microbiomes of their own. For a control group comparison, the researchers also engrafted microbiota from regular C57BL/6 mice into a separate group of pregnant, germ-free mice. Four generations later, the mice still carried either the wild microbiomes or the control laboratory microbiomes passed down from their foremothers.

The researchers note that more work and evaluation is needed for definitive results, and they hope to improve and expand upon the method of using natural microbiomes in laboratory mice. “We are planning to create a complete microbiological fingerprint of natural microbiota and its potential trans-kingdom interaction by describing all components of the microbiome — for example, viruses and fungi — in parallel and at various body sites,” Rehermann said.

So, it’s ok not to be a germaphobe and let the little critters run free, every now and then!

Use A Vegetable Substitute! Love spaghetti? Try spaghetti squash. Sure it’s not pasta but just try it, you may like it! Love mashed potatoes? Try mashed cauliflower (OMG it’s heavenly! You will never go back to potatoes). Mix in some Greek yogurt to give it a thick, creamy texture like regular mashed potatoes. While vegetables most likely won’t be the carbs you know and love, they’re a good way to make your favorite meals healthier!

Researchers have found that inducing a biochemical alteration in brain proteins via the dietary supplement glucosamine was able to rapidly dampen that pathological hyperexcitability in rat and mouse models. These results represent a potentially novel therapeutic target for the treatment of seizure disorders, and they show the need to better understand the physiology underlying these neural and brain circuit changes. 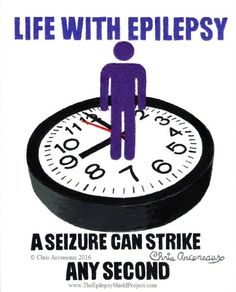 These results represent a potentially novel therapeutic target for the treatment of seizure disorders, and they show the need to better understand the physiology underlying these neural and brain circuit changes. Proteins are the workhorses of living cells, and their activities are tightly and rapidly regulated in responses to changing conditions. Adding or removing a phosphoryl group of proteins is a well-known regulator of many proteins, and it is estimated that human proteins may have as many as 230,000 sites for phosphorylation. A lesser-known regulation comes from the addition or removal of N-acetylglucosamine to proteins, which is usually controlled by glucose, the primary fuel for neurons. Several years ago, neuroscientist Lori McMahon, Ph.D., professor of cell, developmental and integrative biology at UAB, found out from her colleague John Chatham, D.Phil., a UAB professor of pathology and a cardiac physiologist, that brain cells had the second-highest amounts of proteins with N-acetylglucosamine, or O-GlcNAcylation, in the body.

At the time, very little was known about how O-GlcNAcylation might affect brain function, so McMahon and Chatham started working together. In 2014, McMahon and Chatham, in a study led by graduate student Erica Taylor and colleagues, reported that acute increases in protein O-GlcNAcylation caused long-term synaptic depression, a reduction in neuronal synaptic strength, in the hippocampus of the brain. This was the first time acute changes in O-GlcNAcylation of neuronal proteins were shown to directly change synaptic function. Since neural excitability in the hippocampus is a crucial feature of seizures and epilepsy, they hypothesized that acutely increasing protein O-GlcNAcylation might dampen the pathological hyperexcitability associated with these brain disorders.

That turned out to be the case, as reported in the Journal of Neuroscience study, “Acute increases in protein O-GlcNAcylation dampen epileptiform activity in the hippocampus.” The study was led by corresponding author McMahon and first author Luke Stewart, a doctoral student in the Neuroscience Theme of the Graduate Biomedical Sciences Program. Stewart is co-mentored by McMahon and Chatham. “Our findings support the conclusion that protein O-GlcNAcylation is a regulator of neuronal excitability, and it represents a promising target for further research on seizure disorder therapeutics,” they wrote in their research significance statement. The researchers caution that the mechanism underlying the dampening is likely to be complicated.

The effects were seen in slices treated with both glucosamine and an inhibitor of the enzyme that removes O-GlcNAc groups. They also found that treatment with glucosamine alone for as short a time as 10 minutes was able to dampen ongoing drug-induced hyperexcitability. In common with the long-term synaptic depression provoked by increased O-GlcNAcylation, the dampening of hyperexcitability required the GluA2 subunit of the AMPA receptor, which is a glutamate-gated ion channel responsible for fast synaptic transmission in the brain. This finding suggested a conserved mechanism for the two changes provoked by increased O-GlcNAcylation — synaptic depression and dampening of hyperexcitability.

The researchers also found that the spontaneous firing of pyramidal neurons in another region of hippocampus, area CA3, was reduced by increased O-GlcNAcylation in normal brain slices and in slices with drug-induced hyperexcitability. This reduction in spontaneous firing of CA3 pyramidal neurons likely contributes to decreased hyperexcitability in area CA1 since the CA3 neurons directly excite those in CA1. Similar to the findings for brain slices, mice that were treated to increase O-GlcNAcylation before getting drug-induced hyperexcitability had fewer of the brain activity spikes associated with epilepsy that are called interictal spikes. Several drug-induced hyperexcitable mice had convulsive seizures during the experiments, this occurred in both the increased O-GlcNAcylation mice and the control mice. Brain activity during the seizures differed between these two groups: The peak power of the brain activity for the mice with increased O-GlcNAcylation occurred at a lower frequency, as compared with the control mice.

*I am very proud to say UA (though UA Tuscaloosa) is my graduate program home!

Watch out for added sugars! They add extra calories but no helpful nutrients. Sugar-sweetened beverages and soft drinks are the number one source of added sugars for most of us.

AND….if you are looking for some excellent wine selections, check out Bright Cellars. The link is also on the right side of my blog for future reference.